Shop All Beer
Beer Bundles
How We Brew
Ingredients
Headliners

In February 2018 we launched the first Intergalactic Beer Visa the response was phenomenal – 50,000 people around planet Earth signed up, collecting their bar stamps and embarking on a beery globetrotting mission to collect ‘em all!

We are now launching Beer Visa 2.0, with some fun new challenges and – wait for it – STICKERS! That’s right – for every eligible beer you drink in a BrewDog bar, you can grab a sticker for your beer visa alongside a stamp from the bar itself!

In a new analogue challenge, collect tiered prizes by visiting up to 20 bars and trying up to 20 beers, racking up some awesome in-bar benefits on your journey! And we’re even adding the bonus perk of getting a pint of Punk IPA or AF on us for every 5 unique beer stickers collected! There’s also 4 tiers of awesome perks to accrue in venue too – check ‘em out! 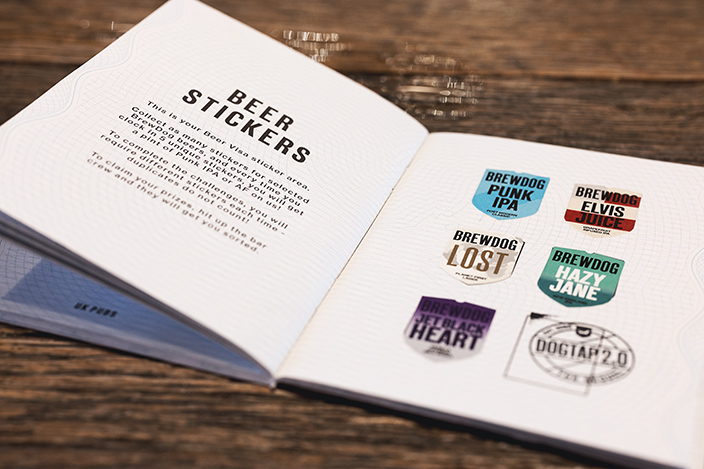 The beers you can collect at launch are...

The eagle-eyed among you may notice that we're only launching with 20 beers...that's enough to rack up the 20 beers & 20 bars prizes, but also space to add 5 more beers that we will launch as special stickers throughout the next year! Wahoo! Keep 'em peeled for news on these limited-edition stickers. 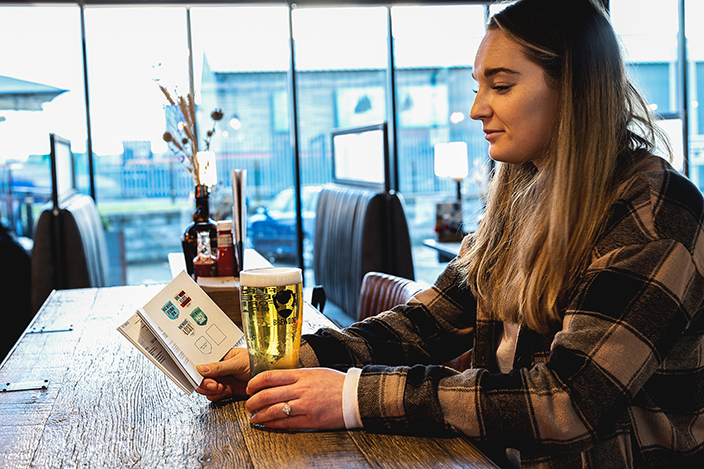 To get involved in the newest version of our Visa, click here and tell us who you are and where you plan to pick up your brand-new Beer Visa 2.0 book! Please note that this is just for our info so we can maintain stocks in all our bars, we will not contact you about your beer visa unless there’s news about how it works. You should visit your local bar to collect your visa and start your quest to accrue stamps and stickers across our bars worldwide!

We will be launching the Beer Visa 2.0 in the US and Australia in very near future - These will include their own respective beer stickers too! There'll also be a further iteration to this awesome challenge coming next year, so you have until 31st December 2022 to gather as many stamps as possible and stickers in Beer Visa 2.0!

The original Intergalactic Beer Visa has now been retired and no more bar swipes will apply to your digital badges.

If you feel you have digital badges missing, you can still report these here until midnight GMT Sunday 23rd January 2022 and we’ll manually add them.

After this time, we will collate all numbers of those eligible for the Intergalactic Beer Visa rewards and contact you about your prizes and pin badges.

If you feel you’re due a “This is 40” badge and it’s not displaying on your page, please raise a ticket with our team here with proof of your 40 stamps and the team will add this for you. Please note, we will not be adding badges after the 23rd of January 2022.

Any questions on Beer Visa? No problem, you can raise a ticket with the team here and ask!